A teenager sent her depressed boyfriend hundreds of messages encouraging him to commit suicide.
Does that make her his killer?

Excerpt:
… Roy spent Saturday, July 12, with his mother and two younger sisters. He had graduated from high school a month earlier with a 3.88 grade point average; he had been accepted to Fitchburg State University but had decided not to go. His mom tried to get her son to talk as they walked along the beach with their dog that day, but, she would later say, he seemed distracted by his phone. He seemed like he wanted to sit in the car and text.

Lynn would learn only later that the person on the other end of those messages was Carter. The conversation was about Roy’s plan to commit suicide.

At 4:19 that morning, Carter messaged him. “You can’t think about it. You just have to do it. You said you were gonna do it. Like I don’t get why you aren’t.”

Carter: “So I guess you aren’t going to do it then. All that for nothing. I’m just confused. Like you were so ready and determined.”

Roy: “I am gonna eventually. I really don’t know what I’m waiting for but I have everything lined up.”

Carter: “No you’re not, Conrad. Last night was it. You kept pushing it off and you say you’ll do it, but you never do. It’s always gonna be that way if you don’t take action. You’re just making it harder on yourself by pushing it off. You just have to do it.”

Later in the afternoon, he wrote her again.

“Good because it’s time, babe,” she wrote back. “You know that. When you get back from the beach you’ve gotta go do it. You’re ready. You’re determined. It’s the best time to do it.”

After having discussed this complex topic with my friend, I still think (he doesn’t) that Carter shares responsibility for her boyfriend’s death. What do you think? 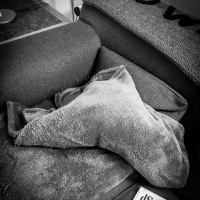