I just came back from the Dead Sea.

A good friend who went down there on a business trip invited me to join him. As it is not too often that I get to escape my demanding life and spend two nights between (clean, white) hotel sheets, I was really looking forward to this breather.

My body, however, decided that this was the perfect opportunity to purge me of the stress and pressures that had built up during the past difficult months I have been going through.

So, what began with mild symptoms of a common cold the day before my trip, freaked into my worst migraine attack ever. During four consecutive days of taking maximum permitted doses of painkillers and migraine-relief pills (which caused the skin on my arms to break out in a lumpy rash and together with my pain-distorted face I looked like regurgitated), I was forced most of the time to just lie flat on the oh so comfortable hotel bed with the oh so magnificent view on my beloved Dead Sea (yes, besides the city of Tel-Aviv, which I fervently adore, and the Sahara desert, which I hardly know, the Dead Sea area is by far my favorite place on Earth.).

However, I did manage to have some fun whenever the pills kicked in for a few short hours. So, I

I do not like the Dead Sea hotel area.

BUT, for desert lovers (like myself) with a penchant for geologic structures and impressive rock formations, the greater Dead Sea area is absolutely fascinating. First, the descent by car or bus, especially when coming from Jerusalem, is breathtaking. It goes down and down, passing sequences of changing rock scenery, including canyons and terraces, in a variety of earthen hues. When you can descend no more, you are about 400 meters below sea level and have reached the lowest point on the planet (on land). Here, one mineral is king: Halite, the rock form of sodium chloride (table salt), a sedimentary evaporite mineral and a highly concentrated dissolved solution in the Dead Sea. With about 34% salinity, the Dead Sea is among the four or five saltiest lakes on Earth.

The Dead Sea lies on a series of faults (fractures in the Earth’s crust caused mainly by movement) called the Dead Sea Transform. The fault system separates the African tectonic plate from the Arabian plate. The DST begins at the southern tip of the Sinai Peninsula, goes up through the Gulf of Eilat/Gulf of Aqaba, the Arava valley, the Dead Sea, and the Sea of Galilee, extending all the way to Anatolia in southeastern Turkey. The two plates are both moving north-northeast but the Arabian plate is moving faster. This tectonic activity makes the area prone to earthquakes.

The greater Dead Sea area offers many amazing and beautiful sites to visit. Here are just a few:

And here is the sad part: The Dead Sea is in trouble. It is dying.

“Diversion of the waters of the River Jordan and the building of evaporation ponds for mineral extraction have over the past three decades led the water level to drop by 25m in depth.

– The whole southern basin of the Dead Sea has dried up and has been turned into an industrial site.
– Potentially life-threatening sinkholes have appeared along the shoreline of the Dead Sea. The sinkholes have been termed “Nature’s Revenge” to man’s harmful actions.
– Domestic and industrial sewage continue to flow down to the Dead Sea, polluting the unique qualities of Dead Sea water.
– No master plan is in place and plans for development are totally uncoordinated.”

There is so much to know about the Dead Sea, so much more than I know or could cover in this short post. So here are some more interesting links: 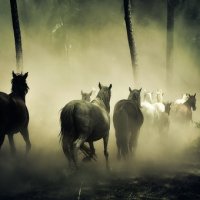